Junior Football Clubs cannot function without the President and Committee working hard behind the scenes.

It takes an uncommon person to fill the role of President, someone who stands for the Club, by the Club and whose tireless dedication to the unseen duties and tasks of President has ensured our Club is still going strong 50 years later.

Congratulations to 2018 Junior Life Member Conor McPartland. Conor was a member of our legendary “4peat” team. Great to see you following your footy dreams.Just quietly Merv McIntosh (1922-2010) would have been thrilled to see this award go to a fellow Perth FC player.Congratulation to Conor McPartland for winning the Merv McIntosh Medal for being best on field during the Perth Demon's Reserves Premiership win yesterday. Connor is a great success story from the club. He played 13 games for Willetton in 2019 under Colt's coach Ian Ashenhurst before being picked up by Perth in the WAFL. ... See MoreSee Less

Well done to WJFC Premiers 2021, Year 10 boys and Year 11/12 girls. The season finally came to an end with the Premiership Winner's walk around Optus Oval at the WAFL GF. A great experience for everyone. Looking forward to achieving bigger and better things in 2022. ... See MoreSee Less

Best of luck to the East Freo Colts on Sunday. Especially Ex WJFC players Corey Warner and Joel BaverstockYour Colt’s side, who will be playing for a spot in the #WAFL Colts Grand Final! 🦈 ... See MoreSee Less

It was so fabulous to have Special Guest, Chad Warner to present medals to our players on Saturday at our Annual Awards Night. As a past WJFC player and Junior Life Members we are so grateful he took the time to come along to congratulate our players and celebrate our season. We have all been watching with great interest as he had a super start to the 2021 AFL season with Sydney Swans, winning NAB Rising Star in round 3.He had a message for our players “to enjoy playing the game with your mates, don’t take it too seriously and to have fun.”Thanks again & all the best for a great 2022 Season. ... See MoreSee Less

Wow! What a night. Thank you to all the parents, volunteers and committee members who contributed their time to this event. Congratulations to all the teams for a fabulous 2021 season and to the individual players who received special recognition for their efforts. Looking forward to an amazing season in 2022! Be Navy Blue! ... See MoreSee Less

Year 3-Year 12 players are required to pay at the time of registering in 2021.  Parents will be given a larger suite of payment options through SportsTG to assist this process.

You can select one of the following payment options at the registration payment page. 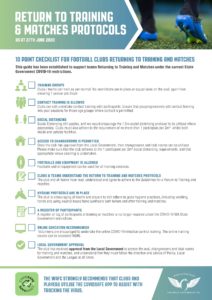